The last couple of months haven't been fun.

It has been ugly.

Ellie May, Jethro, ALA and i were sitting at an excruciatingly long traffic light the other day, kinda talking around some of the stuff that has been going on, and i made the comment that the only constant in life is that everything changes.  Ellie May replied, "Except for this light."


I try to see my Creator in all that i do, and my constant prayer is that i am His servant (and i do believe that G-d is a male...a woman would not have inflicted bras, pantyhose and purses on her own kind.)

Sometimes, i have hard time when He's workin' a Plan, though.

Figuring out what it is, seeing it, living with it...you know.

But i try to remain obedient.

His Will will be done.


Like everyone else, there are times when i have trouble hearing the "still small voice."

At those times, my prayer is that He give me a neon sign, so that i don't miss what he is telling me, and do the wrong thing.

Been askin' for it.

Been lookin' for it.

Been waiting for it.

Finally got it.
Or at least, i was given words of encouragement, anyway.

Ya never can tell how He will speak to you.

This week, i was spoken to again.

On the back of a couple of semi-trucks, of all places.

I was driving down the highway, begging for guidance and respite from the onslaught, when i finally focused on the truck i had been following for who knows how many miles, and in great big huge letters on the back door was:

Now, i had to wait to get home to look up the scripture, but the reminder, the simple reminder of our most important and sometimes most difficult endeavor, brought me back from the edge of the cliff.

Remember Who is in control.  Have FAITH.


A couple of hours later, still on the road, still talking to G-d, i pull up behind another semi, and this time, the entire scripture was covering the door.

"Be strong, and let your heart take courage, all you who hope in the Lord. Psalm 31:24"

The Philippians?
"I can do all things through Him who strengthens me."

How many trucks do you pass, or pass you, and how many of them quote The Word?
I'm tellin' ya, He was speakin' to me.

And so, on this, the final posting of Tales From Tails Up, i leave you with those words, and a couple that the amazing leader of the groovy congregation tossed out some months back.


Have faith, be strong, take courage,
and remain steadfast.


Thank you all for taking the time to read my dithering of the last couple of years, and thank you for all your comments, kind words, and encouragement.  It has been way fun, and i will miss writing for ya.  Love and blessings to you all.

All that fuss and worry for nuthin'.

It Doesn't Get Any Better Than This... 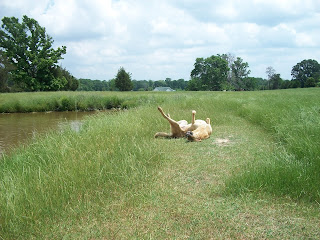 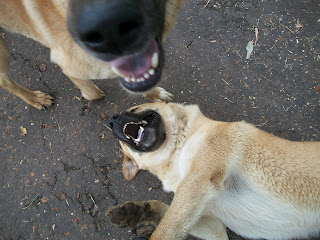 How did i miss posting these?  This was back in the spring before we cut the hay.
Posted by by Chickory Blossom at 5:57 PM No comments:

Ellie May put in a brief appearance and is gone again.

Am getting calls and notes wondering why i haven't been posting.

Well, if y'all wanna pony up and send over a housekeeper, a cook, a bottle washer, a seamstress, a washerwoman, a couple of farm boys and a goat herder, a butcher, a baker, a candlestick maker (the soap maker came last week,) a chauffeur, a butler (give the major do mo the month off, as our social schedule is quite manageable,) a chamber maid, a physician and/or a vet, a tutor, a bookkeeper, and a personal assistant, i will be MORE than happy to sit down and spin ya a yarn.

If you include a masseuse and a manicurist, i might even spin a couple.
Posted by by Chickory Blossom at 7:49 AM 2 comments:


Been without my baby girl for about six weeks now.

Doin' double time around these parts, which should explain the lack of posting going on.

She has been with the Sweet City Cousin doing some intensive tutoring with a really amazing lady, and is absolutely blossoming.

We got to meet up last weekend for a Women In The Outdoors retreat at Lake Tenkiller in Oklahoma.

I had never been to one of these, but would definitely do another--it was great fun, and there were so many classes, i gotta go again...it was darn near impossible to choose four out of thirty-nine possibilities!!

Our first pick was "Wilderness Cuisine and Wild Edibles."

We thought it would be more of a walk through the woods pointing out "you can eat this but not that" kind of thing, but it turned out to be a very interesting and engaging Native American lecturer, full of lore and tradition; and then a bunch of cooking.  I was delighted, but Ellie May was less than impressed with the cooking part.  She was a good sport about it, though.

Most important fact taken away from the lecture:  AS A GENERAL RULE...red berries good berries white berries bad berries.

We shelled a bunch of acorns... 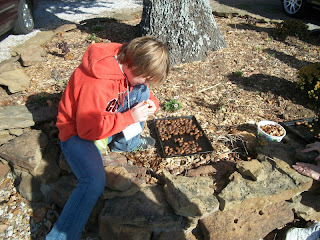 ...and ground some into flour for acorn scones (interesting, but a tad bitter--would have to be real hungry,) and some were caramelized in bear fat with sugar and cinnamon.  Those were fabulous.  Could have made myself sick on 'em.

Let me just say, if anyone ever shoots a bar, i would love to have the fat to render.  It was different than regular lard, not solid, and in the jar, was a touch gamy smelling.  Not really gamy, i guess, but funky.

We sauteed some yard onions it the bear fat for a poke weed quiche (YUMMY!!) and everyone kept coming over asking what smelled so good...and it gave the quiche a really great flavor.

I am now a HUGE fan of bear fat.

Here we see Ellie May concocting the quiche... 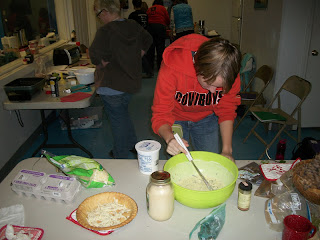 Other members of the class made persimmon ice cream and the star of the show was a dip made with poke, chickweed, and wood sorrel.

Can't tell you how good it all was.

Next we went to a knife forging class.

Unfortunately, the knife forging instructors were a couple of grumpy old men.  Make that VERY grumpy old men.  We forged the knives, but didn't have a good time doing it.  It left a bad taste in Ellie's mouth, and she begged off the Basic Blacksmithing class the next morning, in favor of flint knapping, which she enjoyed.

Sad thing was, though, that the Basic Blacksmithing class was a hoot.  The instructors were happy and humorous, and everyone had a great time.

The pictures are of one of the girls in the class, but i did the same thing when it was my turn.

We took a piece of stock and had to draw it out and put a point on it. 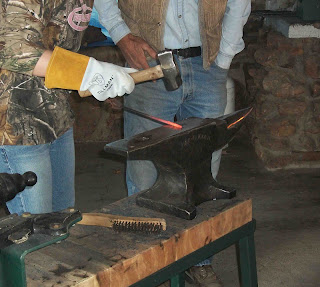 I would say this was some hot stuff. 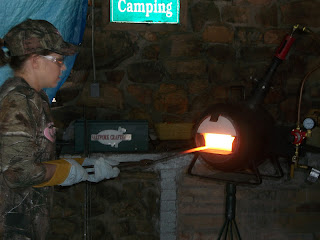 Then we put in a series of bends and curves. 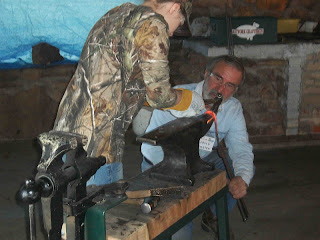 There were two forges going, one gas, and one coal. 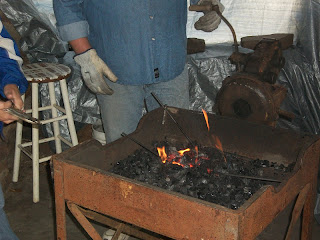 In the end, we ended up with the hook on the left.  I closed my hook up more than the others did, as i intend to use it in the barn, and don't want the bucket to get knocked off. 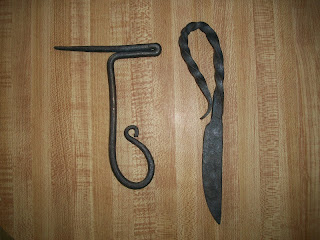 The knife is on the right.
But then you figured that out, now, didn't ya.

The final class we went to was Wilderness First Aid.  Once again, we thought it would be a walk in the woods with a "use this plant on bee stings and that plant for sunburn" kind of a lecture, but it turned out to be a general kind of thing.  Didn't really learn much, except for one very interesting tidbit.

Did you know that Duct Tape is made in a sterile environment?  In dire circumstances, you can use it to bind wounds.

Of course it is going to hurt like the dickens when you have to take it off.

Hopefully, if you are in a situation where duct tape is the option, by the time it comes off you will be in a hospital on a morphine drip, and it won't matter anyway.
Posted by by Chickory Blossom at 8:05 PM No comments:


Posted by by Chickory Blossom at 5:27 PM No comments:

If Homesteading Was Easy, Everyone Would Do It


Posted by by Chickory Blossom at 10:18 AM No comments:

Okay, how about DUCK napping? 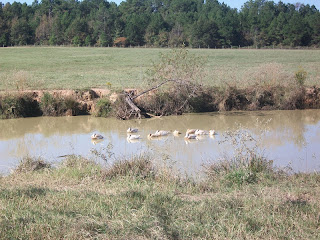 Can ya see that?  They are all tucked in and snoozing on the pond.
Aren't they cute?
Musta been up partying all night.
Can't believe i managed to get the shot withought waking any of them. 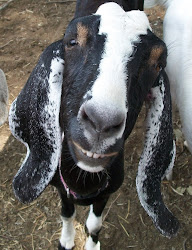 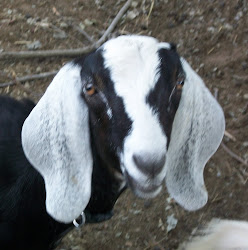 Tales From Tails Up

We call ourselves Tails Up Homestead because just about all animals, if they are happy and healthy, keep their tails up. And we have a lot of happy, healthy animals around here.

This is the story of our homestead, chronicled so that at some point in the future my babies can look back and see that all this hard work truly had value.

This blog is ment to be, to quote the very first post, "a kind of funky prayer of thanksgiving to my Father for the Great Good Blessings He has bestowed upon me in this poop rich environment."

Welcome to our world, y'all come on in and set a spell.

"Or you will recognize them AS fruits." Chickory B. 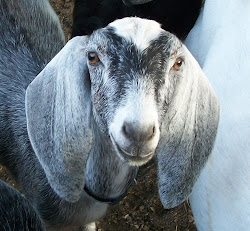 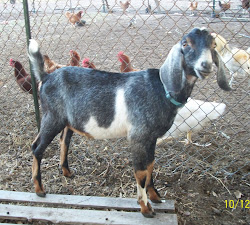 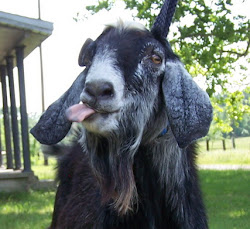 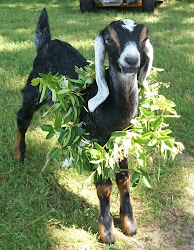 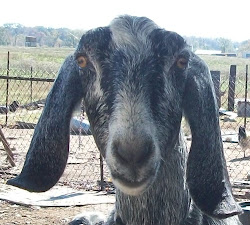 The Lovely and Talented Paris 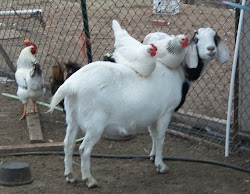 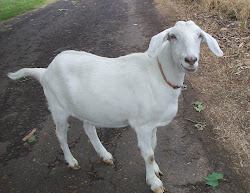 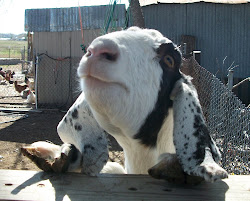